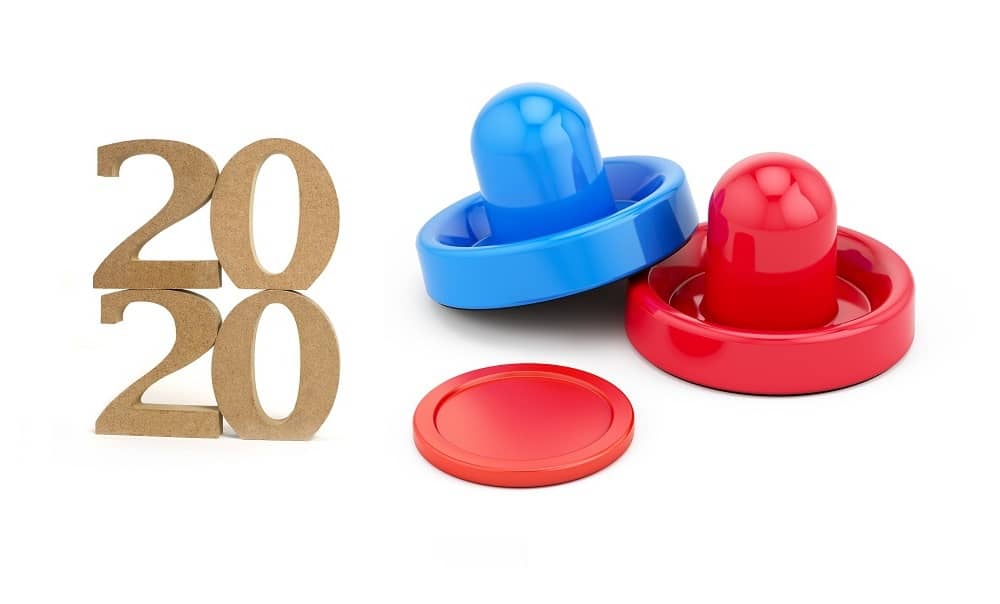 Air hockey has been around for decades. While it started off small and took a major hit at one point in terms of popularity, it’s now obvious that air hockey is here to stay. There are many important air hockey tournaments that pop up all over the country, as once again fans have come together to create events that celebrate this beloved game and many of its top players. If you’re someone who’s interested in competing in a tournament, learning what to expect from air hockey in 2020 will help you prepare and enroll in some of the most popular and challenging upcoming events in the air hockey community. The list is by no means complete, but the tournament information that I’ve included here is one of the biggest and one where you’ll find some of your favorite players going toe to toe.

Hockey fans all over the world have united and brought back a game that’s been well-loved for almost fifty years. While some feared hockey would disappear for good, many players have breathed new life into the game.

Hockey wasn’t quite as popular five years ago, so the fact that many organizers are joining up and putting together these world championship tournaments is pretty exciting and it’s good news for the game of air hockey as a whole.

It’s the start of a new air hockey season, so you can prepare by ordering tickets, applying for tournament enrollment, or make plans to head to the next upcoming tournament in 2020, starting with the first major one in Southern California.

The next air hockey tournament is coming upon us quickly on January 25th at the United States STIGA Shootout in Anaheim. This is one of the leading tournaments in the country. You’ll find some of the biggest and best champions going head to head. Of course, if you’re interested in attending you’ll want to purchase tickets ASAP, before they’re sold out. This tournament will include the top fourteen players in the world, so you know it’s going to be round after round of intense matches against the best players in the air hockey community. Aside from the fourteen pro matches, there will also be matches from local players in the state of California.

These tournaments are fast-paced, exciting, and include some of the most well-known and skilled players in the world. The best thing about attending one of these tournaments is the fact that it gives fans the ability to check out the latest playing techniques, whether it’s trick shots, offense strategies, defensive moves, or some fancy gameplay. Top world tournaments typically only come along once a year, but you’ll find that many of the players compete locally, throughout the year.

If you’re pumped up at the idea of enrolling in a local tournament, then there’s no time like the present to learn what the enrollment requirements are, where the closest tournament is, and how much it costs to enter. The rules for even local tournaments are often the same as for major ones, however, make sure you check the rules and regulations prior to entering.

Joining a local tournament is a great way to increase your skills, meet people in the air hockey community, and learn new tricks and moves. If you’re new to the game, then I recommend going online and doing a little research to learn more about your local air hockey scene, what types of tournaments are popping up in your area, and whether there are any teams or clubs you can join. In some states, air hockey is not quite as popular as it is in others, so it can be challenging to find other people that are interested in this sport or active teams. Most states will host a tournament each year, so there should be a tournament going on in 2020, in your neck of the woods, if you’re willing to make the drive.

There have been no changes to the USAA rules this year, which most pros will be relieved to learn. If you’re not familiar with the rules, make sure you head over to the USAA website to learn more. Aside from the rules during a match, you can also learn more about USAA sanctioned tables, which is a must if you plan on buying the best air hockey table for pro use and want to practice on a table that meets the industry’s standards. In most cases, many of the latest full-sized models on the market will include the correct air hockey table dimensions that meet the USAA requirements.

If you’re looking for an affordable, full-sized table that’s tournament-ready, I recommend the Triumph Fire ‘N Ice air hockey table. This model meets all the air hockey rules and regulations. It’s a great table to use for players of all skill levels and it’s a great model to buy if you want to prepare for an air hockey tournament.

Now that you know what to expect from air hockey in 2020, you can prepare for the exciting upcoming tournament in January, where you’ll find the top fourteen players in the world. In terms of other upcoming tournaments, there have been no announcements made as of yet, but you can expect more tournaments to pop up in the spring.

Additionally, there hasn’t been much news coming from the USAA, in terms of rules and regulations for table and gameplay requirements, which for most fans, is definitely a good thing. As the game continues to grow in popularity, you can expect more professional tournaments in the future. As of now, if you’re interested in becoming a pro, or you want to develop as a player, I recommend researching any tournaments or clubs in your area.