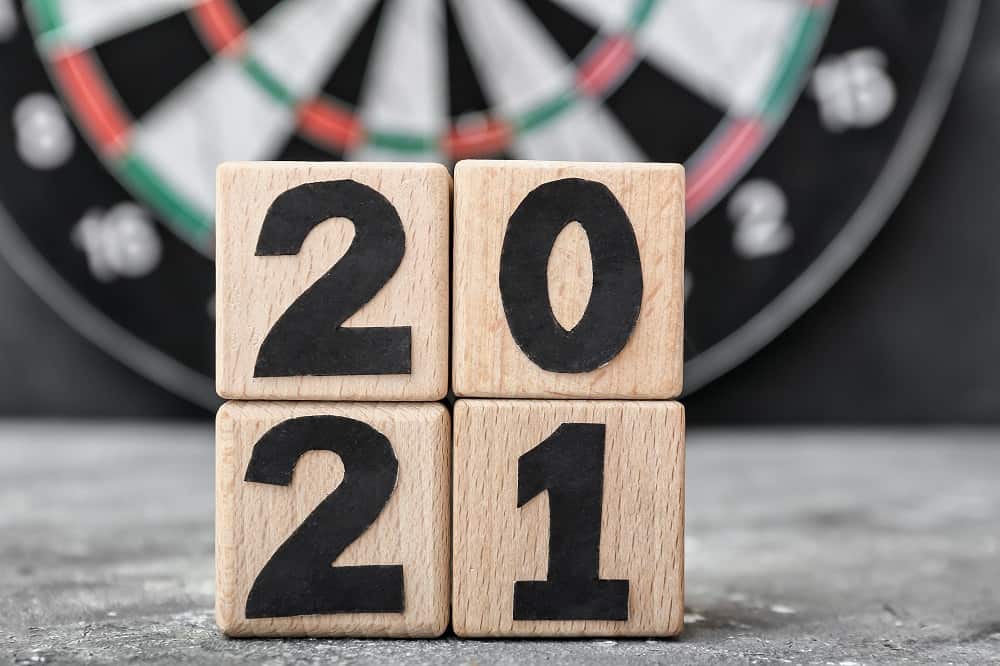 As many public dart events all over the world have been canceled, fans have clung to the hope that they will soon be able to see their favorite competitors at the bristle dartboard, making those impossible shots in front of a full arena. However, several of the biggest competitions were canceled last year, due to COVID restrictions. Fans, competitors, and officials are now concerned the game will never be the same. Many of the biggest darters are also wondering about the state of darts in 2021 and whether or not it’ll be business as usual.

Unfortunately, tournaments, both local and national, have been delayed, with no word on whether or not these competitions will be rescheduled. The Professional Darts Corporation announced earlier this year that the season would be delayed due to the pandemic and some of the top players testing positive for COVID. So, what can we expect this dart season? Will competitions continue to be postponed?

Many of the most important dart tournaments over the past year have been canceled or postponed due to the pandemic. The PDC is very cautious about opening its doors this coming year but it’s hopeful that many of it’s biggest competitions will take place as usual.

Typically, the PDC would have begun hosting competitions in February, however, the organization announced earlier this year that the Premier League Season would be delayed due to COVID. In fact, the first nine events have been pushed back until May.

Officials from the PDC are hopeful that the season will take off in May as anticipated, but this will depend on the government guidelines and COVID test results.

Because of the pandemic, the tournament schedule in darts for 2021 is still uncertain.

Gerwyn Price, World Darts Champion will not play in the Premier League in 2021. The seventeen-night tournament is a major one in the darting world. All competitors and officials involved in the tournament have been tested for COVID. Unfortunately, last year’s champion, Gerwyn, returned a positive test, so he will be unable to play and will be replaced by James Wade, a UK Open champion. Wade is currently the highest-ranked player in the Professional Darts Corporation Order of Merit who has not yet been included in the ten-player line-up.

In the opening round of fixtures, Wade will go up against Gary Anderson before he faces Rob Cross.

According to officials at the Public Darts Corporation, the darts tour will resume in July, behind closed doors, with no public audience. The tour will consist of five one-day Players Championship events that runs from July 8th to July 12th.

The venue for the PDC Summer Tour will take place at the Marshall Arena in Milton Keynes, the same venue that hosted the Championship League snooker tournament.

For the PDC Summer Tour, a total of 128 card holders will participate, however, each competitor must follow strict government quarantine rules for any overseas visitors.

Any non-ranking events that will take place for the same dates will be run for players who do not live in the UK, who are not able to travel to the tour. The most recent PDC tour, which featured a total of 100 card holders, was set up after the events were cancelled due to the pandemic. These competitors filmed their matches from their homes, on their smartphones.

Prior to the Home Tour, PDC chairman Barry Hearn explained that he had outlined a three-stage plan for the return of the sport, beginning with all events taking place remotely. This would be followed by events that took place behind closed doors, before they moved to opening their doors and allowing the competitors to throw in front of a crowd. According to the PDC’s chairman, the organization is now ready to continue on to the second phase of their plan and welcome crowds back to their events in the near future.

The PDC is taking serious safety precautions and implementing new dart rules to ensure the virus does not spread among the players and officials. Everyone involved in the competition is expected to quarantine before the competition.

Additionally, players are also tested before they’re scheduled to throw. These types of safety precautions are pretty standard for all types of competitive sports and are followed strictly. Players in other sports who have been found violating these rules have been let go by their organization. Because of this, there’s no question that the competitors and officials will take these quarantine rules very seriously and strictly follow the quarantine guidelines.

An important note is that while there aren’t official magnetic dartboard competitions, local schools and kid’s organizations often hold tournaments for the younger generations exactly using both magnetic dartboards and electronic ones!

A Final Look at the Future of Darts

With some of the biggest players in the game testing positive for the virus, it can be devastating for fans to wait another year to watch their favorite darters compete in the championships. Unfortunately, until the pandemic’s numbers drop significantly over the course of the year, many of the competitions will continue to be held behind closed doors until such a time as the government deems it safe for competitors to compete in front of a crowd. While many fans will be disappointed that they can’t see their favorite competitors in person, the fact that some of these competitions are resuming is a great sign that darts in 2021 is taking a small step forward, especially compared to the past year and the major losses for both competitors and fans alike.