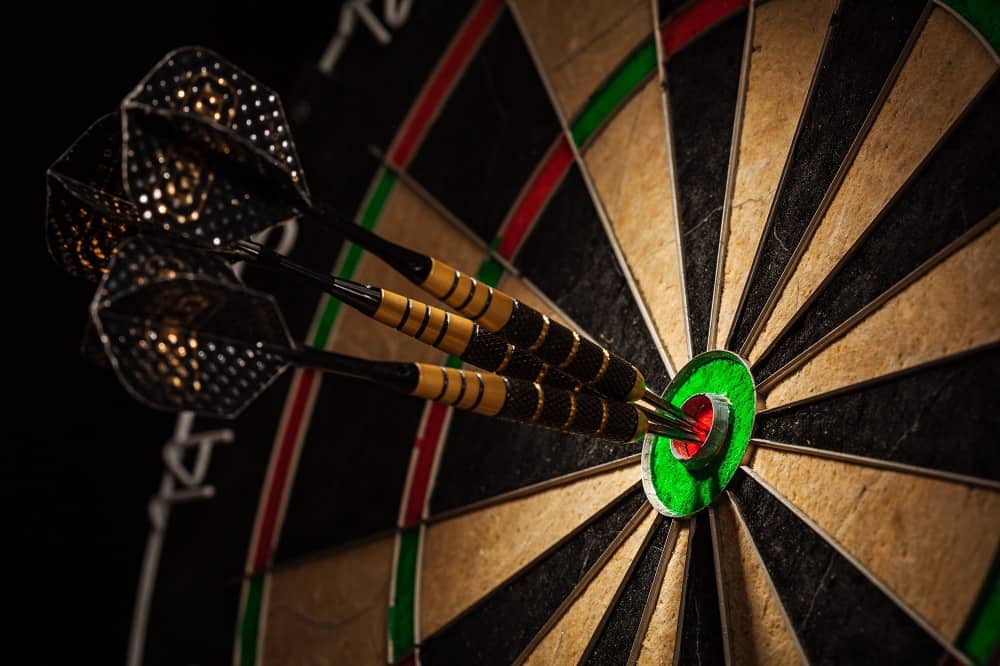 Have you recently purchased a bristle dartboard, just started playing the game and now you’re wondering it darts a sport? Some people may not consider it a sport since it’s a common pub and bar game that’s viewed as more of a hobby, but it’s actually considered an official sport all over the globe. Like other major sports, such as basketball, baseball, and soccer, darts is governed by major organizations that oversee the rules and regulations of the game.

In this article, I’ll discuss exactly what makes darts a sport and not just a game or hobby and I’ll go a little in-depth regarding the organizations involved that oversee this sport, implementing the rules and regulations that have made darts what it is today.

A Sport, Not a Hobby

Ask someone whether or not darts is a sport, and they’ll say that it’s more of a hobby or bar game. But regardless of personal opinions, darts is considered a sport, and one that’s widely recognized.

Darts is a fun and competitive sport. There are even World Championships and competitions that where the top players will travel from all over the world to compete. There are competitions in the US, Canada, and in Europe, in addition to other individual countries. If you’re someone who consistently hits the bullseye every time you throw and train consistently, then competing at a professional level is worth a consideration.

Each organization has its own rules; however, the basics remain the same. The official darts rules for the Professional Darts Corporation are issued by the darts regulation authority. Located in the United Kingdom this is a not-for-profit company that’s sole purpose is to regulate, update, and provide the rules of darts.

The Professional Darts Organization currently hosts world dart tournaments. Most of these competitions will take place somewhere in Europe, so many professional players all over the world will travel to compete.

The British Darts Organization also hosts World Championships all over the globe.

Why Isn’t Darts an Olympic Sport?

Considering darts is officially a sport, many players believe that it should be on the Olympic stage. The competition and community are already fierce, and there are many professional organizations to back up the sport. In fact, the sport of darts is accepted in many of the largest countries all over the world. However, one main issues with including darts in the Olympics is between the WDF (World Darts Federation) and the PDC (Public Darts Corporation). Because the World Darts Federation is considered the official governing body of the sport in America and the Public Darts Corporation is the official governing body of the sport in the UK, being in the Olympics would put both of the organizations under Olympic control. These days, many of the biggest players in the sport have sided with the PDC and WDF and do not want the sport under Olympic control. Additionally, because the organizations and current professional darters are against switching to Olympic control, it could make it difficult for the Olympics to get new players approved by the PDC and the WDF. Hopefully, this issue will be resolved in the future.

The Future of the Dart Community

Since it became a sport, darts has gained popularity quickly. It officially became a sport in 1925, thanks to the National Darts Association. By the 1970s most countries recognized the official rules and dart organizations. Over the years, the founding organizations and communities surrounding the sport have become well-organized and have created a sport that deserves equal respect to other popular sports such as baseball and basketball.

Check out some of the best health benefits of playing darts by clicking here!

Darts is a sport that continues to gain in popularity, with many people all over the world purchasing some of the best dartboards and darts, creating their own home setup, or enjoying a fun round of darts at their local pub or family fun center. Is darts a sport? Yes. And it’s one that’s popular with people with all ages. Like other major sports, it requires skill, dedication, rigorous training, and precision. While you may find it in bars and pubs, it’s a sport that’s taken seriously by many players and fans from all over the globe.

As the World Championships and local competitions continue to attract larger crowds and bigger prizes, more people have begun to take this exciting sport seriously. Some day in the future, darts may make its way to the Olympics, but until then, it still remains one of the most popular and challenging games that you can find in many types of recreational centers, bars, pubs, and family game rooms.