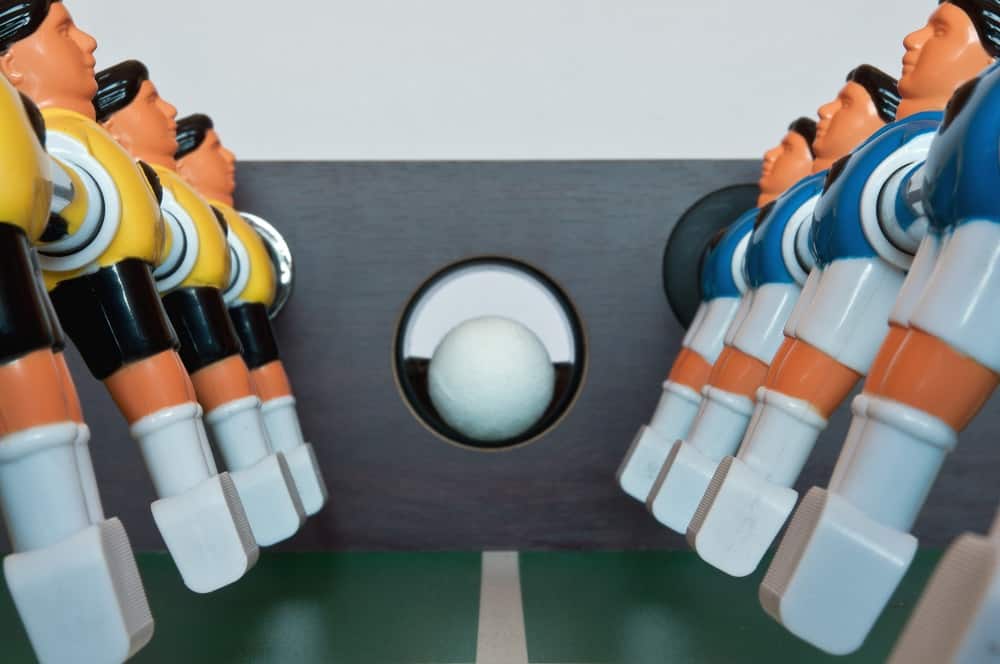 Foosball is a fun and challenging game that players of all ages and skill levels can enjoy. Learning how to serve in foosball is simple enough, with the right technique and a little practice. Just like soccer or football, the serve it what initiates the game. But learning how to serve the right way can set you up for success, allowing you to easily smash the competition.

Sometimes referred to as the drop, serving starts off a match. According to basic foosball rules for tournament play, what team serves first will be based on the results of a coin toss. There aren’t any rules that say you cannot serve the ball to your own men, and because of this, learning how to correctly serve is considered one of the best ways the beginner can get an edge over their opponents and master this exciting and challenging game. During the serve you can easily pass to your offensive bar, allowing you to gain the upper hand in any match. Because of this, the team that is scored on is allowed to serve the next foosball ball to allow for a fair match.

There are a few different techniques that you can try out to consistently spin the ball directly to your own men. Each of these techniques results in the same ball action, which is putting a light spin to the left once the ball has been dropped into playing mode. This type of serve will take some practice in order to properly use the correct amount of spin and force that’s needed in order to allow you to easily capture and gain control of the ball. Make sure you play on a standard foosball table size, if you want to practice for an upcoming tournament. Before you begin a serve most players recommend starting with your left hand and placing it on the other side of the table in order to block the hole until the ball is inside the hole and serving ready. Doing so prevents the ball from accidentally dropping, which would put the ball into action before you’re ready.

​​Serving with Your Index Finger

Many people prefer to serve with their index finger because it allows for more control. This method consists of putting the ball in the hole, then pinning it with the index finger against the side wall. The finger should be positioned on the ball’s upper right corner so that the player can apply a spin counterclockwise and cause the ball to go to the left. The next step is rolling the index finger to the right over the top of the ball and allow it to drop on the table, rolling into the five bar.

Serving with Your Thumb

Other players like to use a similar technique, however, they’ll use their thumb to pin the ball inside the hole. After the ball has been pinned, the next step is to roll it using the same counterclockwise direction with the help of the thumb. The player’s left hand will already be placed on the five bar handle in order to take possession. 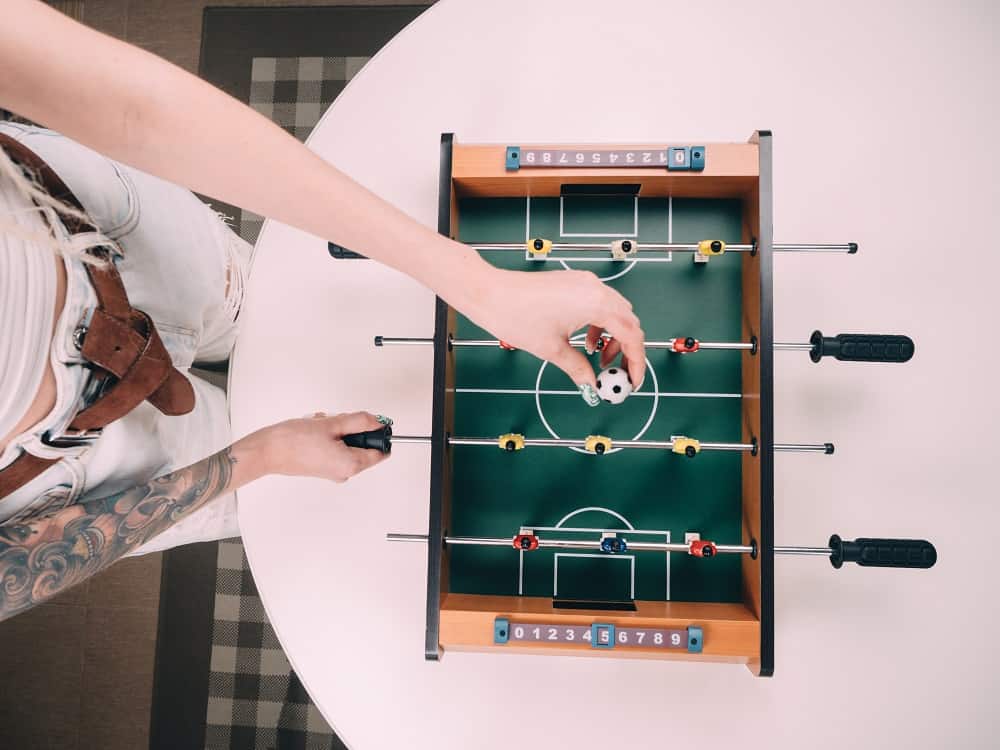 Serving the ball to yourself right off the bat is probably one of the best and most effective ways you can rattle your opponent. Playing the game is about skill and your mental approach, so this technique will have your opponent feeling intimidated and unsure of what to expect from you next. If you serve the ball to your five bar every time you’ll get max value from your offensive opportunities, allowing you to take a more aggressive position. This will give you an immediate advantage and will set the tone for the rest of the game. However, in order to master this strategy you need to focus on passing and work on your other playing skills in order to become comfortable with this technique and to feel more confident come game time. When you practice, make sure you put enough spin on the ball as you drop it into the hole. Doing so ensures that the ball will not roll to your opponent’s five bar. If you practice enough and serve with confidence, then you’ll find that you can serve to yourself consistently, regardless of the skill of the other player.

If you’d like to find the perfect table to practice on, click here to read my foosball table buyer’s guide.

Passing from the five bar to the three bar is another critical tactic since it will give you an offensive advantage. Essentially, once you master this move it can significantly increase the chances of you scoring a goal every time.

Precise control of the ball when it’s in your possession will be crucial in order to dominate the competition. Which is why it’s vital that you learn how to pass the ball from the five bar to the three bar. This move will be essential to winning against any player whether they’re a beginner or master. Additionally, it will be a lot easier to make a goal from the three bar since it’s a shorter distance and one less defense bar that blocks you from the goal. You can also experiment and try out a variety of shorts in this position in order to find more techniques that will increase your chances of making a goal.

Keep in mind that when it comes to foosball, learning how to pass the ball at the right time will be key. In order to break down defenses, your timing must be perfect. If not, passing the ball too early can cause a deflection. Passes that are timed too slow can also easily be blocked. So, if you want to increase your chances of winning and making the best serve possible, then focus on your serving techniques, passing, and timing.

Learning how to serve in foosball is all about perfecting your passing technique, timing, and learning how to control the ball, adding just the right amount of spin. Doing so will allow you to serve the ball to yourself, each and every time, which will not only shake your opponent’s confidence but will also allow you to quickly pass the ball from the five bar to the three bar and into your opponent’s goal. It’s a great serve that players of all skill levels can use, but in order to master it, you must dedicate yourself to practicing and using this serve consistently.