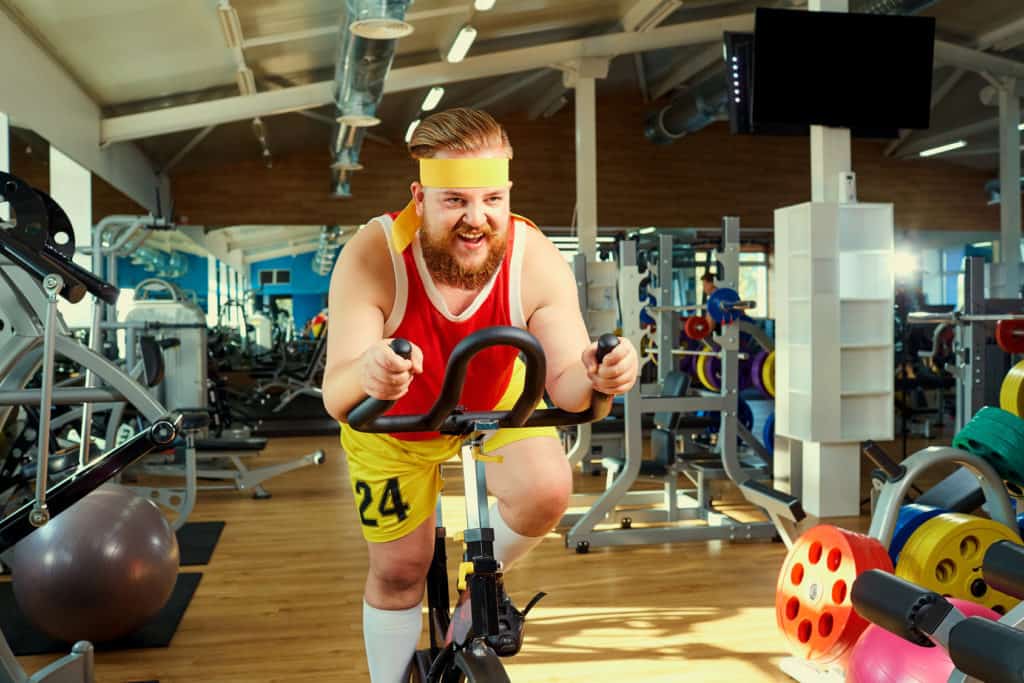 If you’re looking to gain a competitive edge for your next big match, then this guide on how to prepare for an air hockey tournament will help you plan out a strategy that actually works and one that will have you wiping the floor with your competition. First off, this isn’t like your regular practice session. You need to really turn up the heat as far as improving your game strategy and focusing on the areas you’re weak in. Now, let’s dive in and go over what you need to do and what to focus on in order to be tournament ready.

Do you know how to prepare for an air hockey tournament? While it’s true that playing table hockey isn’t quite as physically demanding as traditional hockey, you need to have lightning-fast reflexes, strong defensive strategies, and the ability to make quick decisions that will help you counter any shot. Practicing drills, focusing on daily practice sessions, playing against a variety of opponents, and learning your strengths and weaknesses can help to prepare you to take on any player at the next tournament.

When you’re preparing for an upcoming tournament, you need to assess your skills and focus on where you’re weak more than on those areas that you already excel in. Look at your gameplay as a whole. This includes your speed, defense, and reaction times. When you play a variety of different opponents you can test out new strategies, but when it’s time for the big game, you want to only use proven techniques that you’re positive will work. Try to identify which moves have worked the best for you and which ones have been hit or miss. Get rid of the moves that don’t work each time.

If possible, try to train with someone. Practicing with someone can help you to better identify your weak areas and figure out what moves you need to work on.

While it’s true that you’ll want to focus more on your weak areas, you’ll still need to practice the moves and shots you’re already good at in order to stay sharp. Of course, you won’t need to spend as much time going over these techniques and shots as you will working on the areas you need to improve, but practice will still be important. 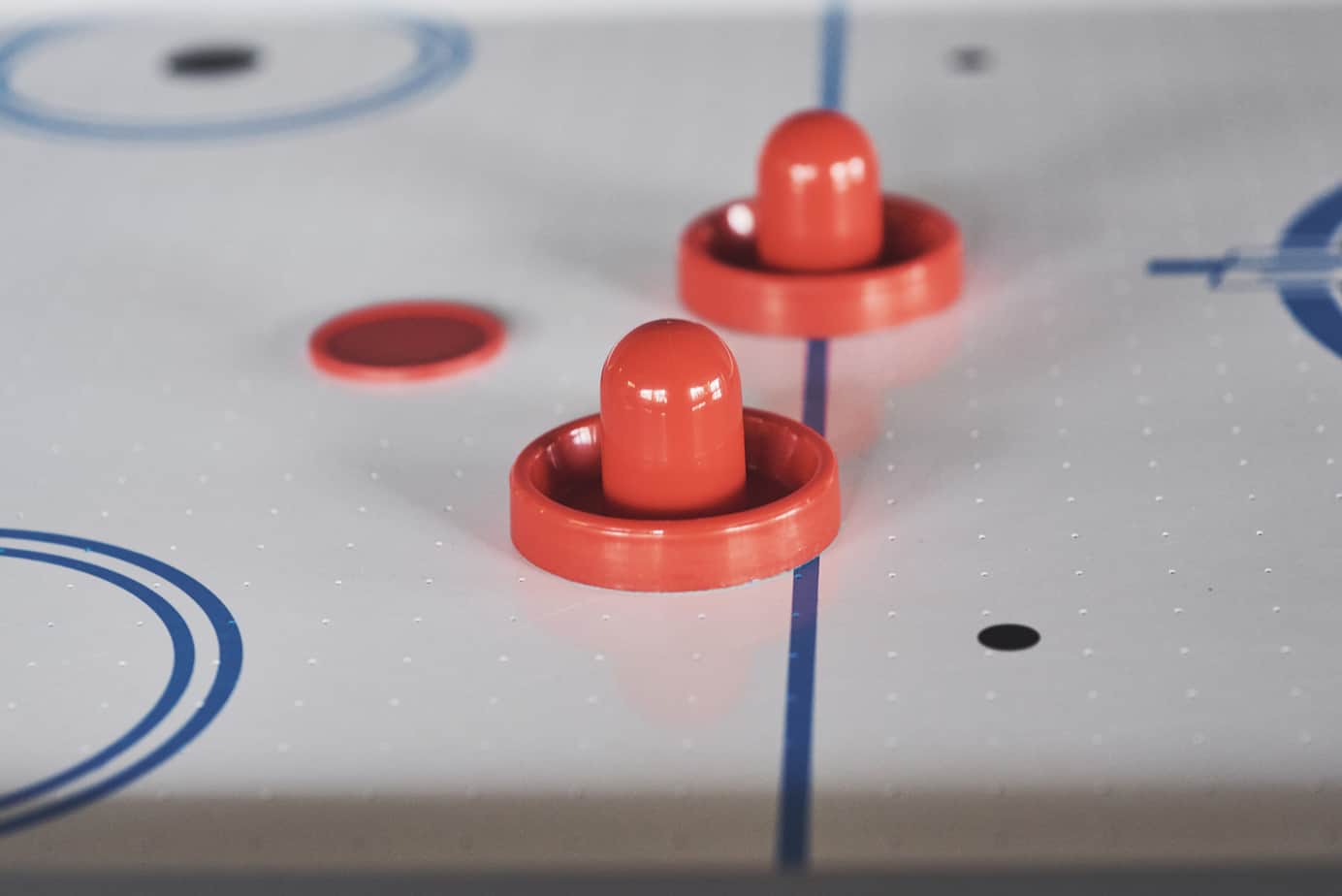 In order to try out new moves and fix those weak areas, you need to have a goal for each practice session. If you’re working on your defense against certain types of shots, then you need to play against a buddy who knows how to get a shot by you. Obviously, your goal here will be learning how to block their moves. Make this the sole purpose of each practice. One goal per practice session. This is the best way to do it in order to see some serious progress, otherwise, you’ll be all over the board spending only a few minutes on each weak area instead of learning how to actually overcome each of them.

How to Warm Up

Before you start practicing, make sure you warm up for fifteen to twenty minutes. This will be especially important right before the tournament. Doing so will help you to avoid injuries, can improve your mindset and focus, and can warm up those tense muscles.

Start off by devoting a few minutes to practicing defensive moves and chase drills. Five or six minutes on puck snagging can also be helpful since it will wake up those reflexes.

In air hockey, mechanics are very important, which is why you should divide your practice sessions into drills and matches. Drills will brush up on individual moves while a match will get your mind where it needs to be while testing how you perform under pressure.

Some players recommend going hard with tournament prep about one week before the big day. But in my opinion, the more time you spend preparing, the better. I recommend preparing at least one month prior.

A month’s worth of practice should get you ready for the big day. If you’ve never played in a tournament before, then you probably have no idea how fast-paced they are. In most tournaments, you’ll only have a short fifteen-minute break between new matches. This can take a lot out of you, especially if you’re up against really challenging players.

If you’re new to tournament play, I recommend simulating a tournament-style environment when you practice and playing against a few of your friends, one right after the other, with a short fifteen-minute break between each opponent. This will give you a better idea of what you can expect in a tournament and can show you what areas you begin to start slipping in when you’re under pressure and tired. If possible, dedicate two to three hours a day to this type of training.

On your days off, dedicate at least five hours to training. Focus on drills and tournament play simulation. 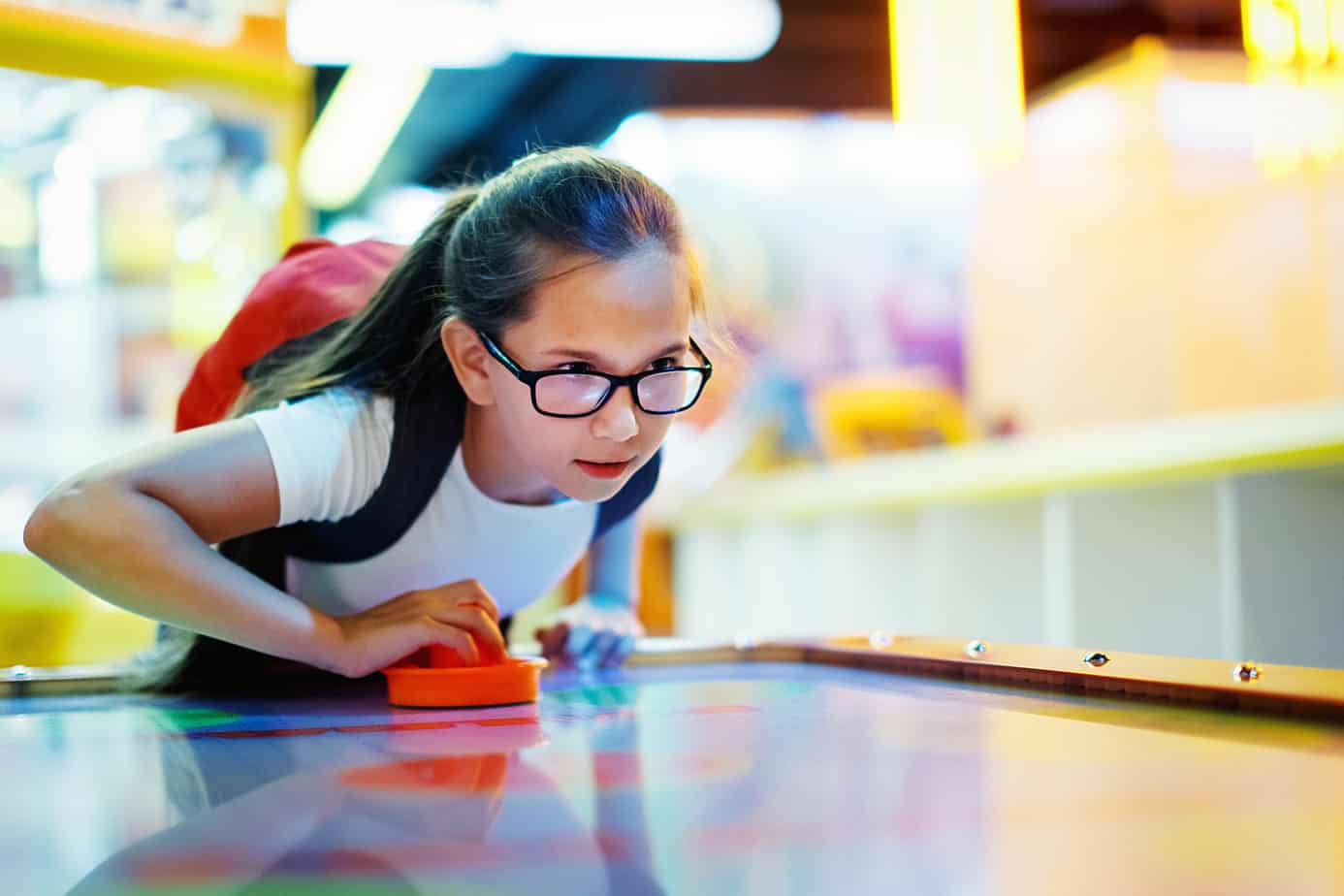 When you’re practicing, play a match or two in which you focus on executing straight shots only. During this time you won’t be able to charge or play your defense out further than normal. This type of straight shot drill will help in terms of building your defensive skills. It can also force your opponent to try out creative drifts in order to make a shot.

Off-speed drills are fun and challenging and they can be a great way to prepare for an upcoming tournament because they focus on improving your defense. With this drill, you can play as you normally would, however, the off-speed unders will now be worth a total of three points instead of just one point. Have your opponent focus on attempting several off-speed unders so you can brush up on your defense skills and the techniques you use when you’re pulling for banks, instead of coming all the way back to the goal.

During a one on one match with your training buddy have them miss several shots, allowing you to attempt to snag the puck. Whoever is able to grab the most pucks during a ten to fifteen minute round is the winner. This type of drill will help to improve your control over the puck, but it also improves your reflexes and helps with transition play.

Focus on Reflexes and Timing

If you have experience playing air hockey and you’re pretty good at it, then you probably have pretty fast reflexes and good puck control. People who regularly play have faster than average response times and reflexes. This is a fast-paced game that requires you to focus intensely on the puck as it shoots back and forth across the table at lightning-fast speeds. Keeping one eye on the puck and your other eye on your opponent is essential in order to anticipate their next shot or counter. But this type of focus takes time to develop. Practicing the drills I covered earlier will help to improve your defense and your reflexes, but only by practicing them often can you expect to get faster and better.

Right Before a Match

Remember, warming up prior to a match is crucial, especially when it comes to speed. You want your muscles nice and warmed up before you take on another player. If possible, practice a full game at home before you head out to the tournament. Get there early and warm up for as long as possible before you’re called for a match. During your warm-up time practice your moves, defensive strategies, and secret shots, but also keep an eye on your surroundings. It’s common for players to walk around and check out the competition. The last thing you want to do is give your opponent a look at your skills before a match.

What Type of Home Air Hockey Table Can I Practice On?

Obviously, you’ll want to use the best air hockey table you can get your hands on. Ideally, it should be the same type and size of table that will be used in the upcoming tournament. You can find top of the line tables online if you know where to look and which brands make tournament quality models. I recommend the MD Sports air powered hockey table. This model is a traditional sized table that can provide the same type of playing experience you can expect from tables at the arcade. It comes with plenty of bells and whistles including an electronic scorer, leg levelers that you can use to precisely adjust the height of the table, and the type of compact design that will allow you to find the perfect place to set it up in the home. It’s also available at a reasonable price, which is a huge selling point for any player. Having your own table in the comfort of your home will give you the type of access you need to practice whenever you want. If you’re struggling with certain areas of the game, then you’ll need to practice as much as possible.

How Do I Know Whether or Not A Traditional Air Hockey Table Will Fit in My Home?

It’s true, not every manufacturer will use the same measurements when they design and produce an air hockey table, but most will market their tables as tournament-style or arcade-style tables. This can make it difficult and frustrating to find a model that really is tournament size and one that will work with the type of space you have available in the home. If you’re not sure what type of table to look for, how much space it will take up, and whether or not a traditional air hockey table or a compact model will be the best fit for your home, click here to read my article on air hockey table dimensions.

Now that you know how to prepare for an air hockey tournament, it’s important that you make each practice count. Write out a schedule and list your goals for each one. Shoot for daily practice sessions during the week and longer sessions on your days off. I also recommend having more than one training partner so you’ll have more of a variety of playing styles to work with. With plenty of time to practice all your moves and serious dedication, you’ll be well-prepared for the big day and ready to take on any opponent.