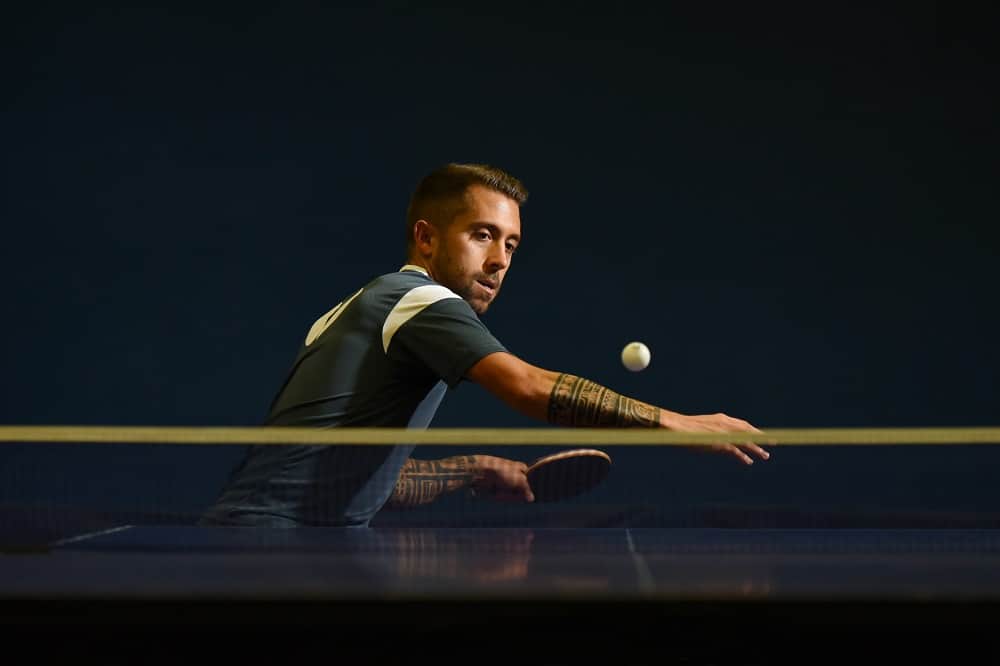 Defense, offense, tactics, and strategy are all an important part of learning how to play against defensive players in table tennis. When you’re up against a skilled defensive player in table tennis, having a strategy to counter each of their serves is the best way to win any match, while allowing you to grow as a player and form your own unique playing style. For practice, especially if you’re training for a competition, you’ll want to use the best ping pong table, one that has a responsive surface and is regulation size. This ensures that your serves and returns are consistent and makes it easier for you to adjust when you’re playing on another type of regulation table, such as the ones that are commonly used in a competition.

You should choose a playing style based on your strengths, such as how fast you can strike, move, and react. You need to basically find your competitive advantage in your own unique style. There will be many times when you’re up against a player who loves using a defensive strategy, and he or she will constantly keep you on your toes and exhausted. During a match, you may begin to get frustrated and not know how to counter their shots. When you’re up against a defensive player a good shot to counter with is one that has a lot of spin on it. Mastering spin can be very tricky, and you’ll need to judge the type of spin and how much power to use. You can try spinning the ball at different angles and see how your opponent responds. If you catch them off guard with your approach, then you can easily attack with your next shot.

When you’re up against a defensive player, you need to learn how to add spin to your ball. Top spin serves that are fast and hard can give you an advantage at the table. However, if you’re a beginner, it can be difficult to learn how to top spin the ball against a hard return. You’ll need to work on your timing for this move.

Most offensive players often push the balls if they don’t have to block shots, so you’ll always have to deal with plenty of back spin.

Because of this, you’ll need to focus on using shot variation with spin and speed. This will make it incredibly challenging for your opposition to return a ball that you’re not able to attack.

When you finally see your opening attack immediately. You can place the ball on either the opposite end where your opponent is standing or at their elbow. Try to keep it where the other player is moving. This is where they are going to expect you to place the ball. The goal is to smash the ball as far from that point as you can. When you do it right, you’ll win your point.

Remain Calm During a Match

If you find it challenging to place your first ball, especially if your opponent is fast enough to get to it, or if you don’t know where your opponent will move to try to stay calm. The ball will come back to you which means you’ll get another shot. Remember to always use variation with your shots, not only when it comes to placement but also in spin and speed. This can make it very challenging for your opponent to return the shot.

If somehow, your opponent still is able to return all of your shots, and you finally get a good chance, make sure you smash that ball. Once you get a good smash in, you’ll find your rhythm and began to dominate the match.

Keep in mind, that your opponent may anticipate this move and can start defending this attack successfully, even though this can be tricky for most defensive players.

Again, be sure that you vary your attack with each shot. While it’s harder to use variety with speed and it can even seem impossible for spin, you can do so much with proper placement. If you’ve gotten to this point, you’ll have forced the other player to back up.

So, if you place right or left, you’ll force the other player to move faster, quickly tiring them out.

These strategies should be effective against most defensive players; however, you have to practice often and prepare for every scenario. Keep this in mind during training and try to simulate these different shots and attacks.

As I mentioned earlier, variation is key. If you don’t know how to serve a smash shot or when, then you’re going to allow your opponent to dominate the match

Don’t just attack a defensive opponent with spin and speed. Judging the amount of spin and speed to use can be difficult for even experienced players. However, if you consistently use this strategy, your opponent will catch on quick. This will make your shots and returns very predictable which will give your opponent the advantage.

Of course, this will also depend on how consistent and experienced your opponent is and how good they are against smash shots. Either way, you want to avoid getting into a long pushing match before you attack. Try serving medium length shots with no spin, then smash it to the elbow or wide.

To drive them away you’ll need to mix it up using consistent loops, then you can try a drop shot and hit long to their body. You should also mix up the spins on the loops and see what works. Using a variety of shots both with spin and no spin will keep your opponent working hard to anticipate your next move.

As I briefly touched on earlier, ball placement is also very important. Making your opponent flustered and off balance will be crucial. This is why you will need to use spin and speed variations to draw them in or out from the table, in addition to right and left ball placement. However, before you begin thinking about your strategy, how to hit the ball and where, you’ll need to build up your defense against back spin. If you’ve got that strategy down, you’ll be able to attack every ball.

Learning how to play against defensive players in table tennis is all about working on your strategy and focusing on adding variety to your game. This will be vital against defensive players. Choosing the pace and spin of the ball will disrupt their rhythm and will be critical to your success. I recommend playing a slower opening loop, then greasing the ball around until you get in that one flat hit. Practicing using these strategies and envisioning different types of attacks and return shots from your opponent during this time will help you become more comfortable with adding different spin to the ball. It will also prepare you for countering even the toughest smash shot.