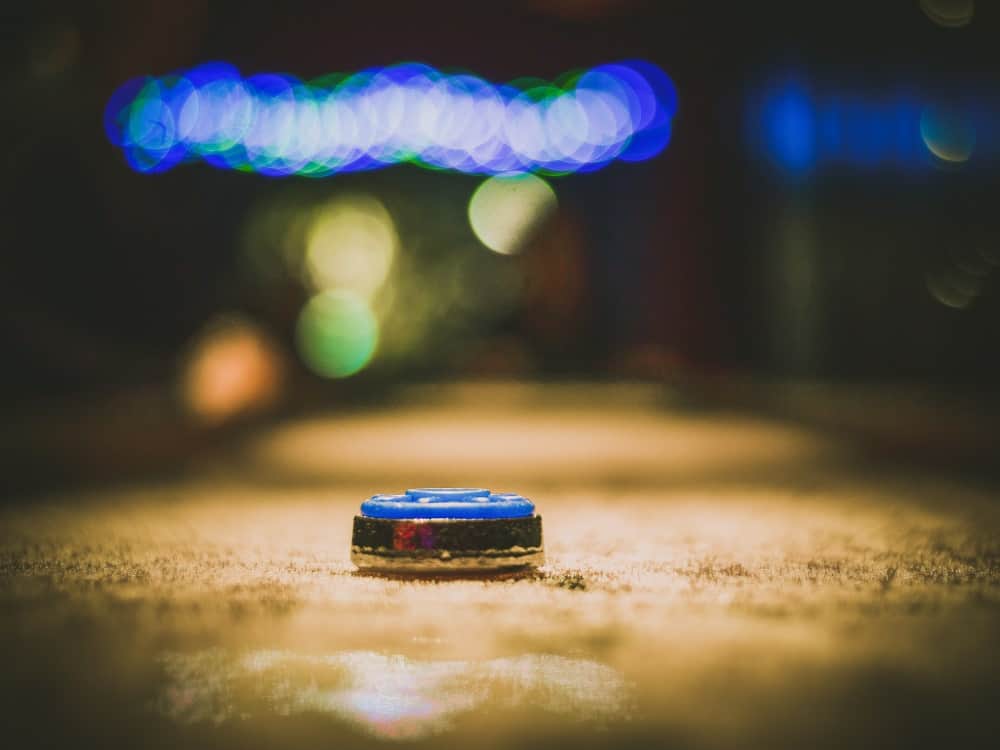 Shuffleboard is a game with a long and rich history that is now becoming quite famous among friends and families. As people begin getting shuffleboard tables for their game rooms, the need for accessories also rises. One of the most essential components of shuffleboard is the table’s wax, also called sand, salt, or cheese. In this article, we will learn how to pick the right shuffleboard wax based on the speed you want and your skill level.

When picking a new wax, you need to consider these three major factors:

Before we get into each of these aspects, make sure you check out my full 2021 guide on some of the best shuffleboard tables on the market!

One of the most important characteristics of any pack of shuffleboard wax is its speed. Somewhat confusingly, the highest rating you can see is going to determine the lowest speed that specific wax will provide. Officially, ratings go from 1 to 7, meaning that a pack of wax with a speed rating of 7 will be the slowest. These slower waxes are also cheaper overall.

Some brands also use different speed measuring terminology. For example, Triple crown sells most of their wax under the speed rating “medium-fast” which is universal across their range and preferred by a ton of shuffleboard players across the world.

When considering the speed of the wax, you will also need to take into account your skill level. While experts will prefer faster puck travel, beginners will have a hard time controlling the puck at higher speeds (and longer tables). If you’ve bought a long table (18-22 ft), then you might want to get medium-fast wax or speed ratings 3-5. As you progress and start controlling the puck better and better, you can move on to an even faster wax.

For smaller tables, choose a slower wax with a speed rating between 5-7. You can also control the puck speed by the amount of wax on the table. Whether or not you’ve treated the table with a special silicone spray will also come into play.

As I already mentioned, the table size plays a major role in your choice of wax. The first thing you should consider is how much wax you’re getting. Typically, wax containers come in sizes of 16 oz. Whether this will cover your whole table depends on the speed of the wax. Faster waxes are finer and cover more surface, and should also be spread across a larger area. Slower waxes are generally made for smaller tables. This is why you should always look at the recommended table size for each wax type.

As a rule of thumb, if you’re a beginner and have a table between 16 and 22ft, I suggest getting a wax with a medium-fast speed rating or somewhere between 2 and 4. For smaller tables, get a slower wax. Now, let’s take a look at some examples of good waxes!

Below, we will take a look at my top 3 picks for this year. These waxes all come from reputable brands and will bring top performance at a bargain price.

Another important thing you should consider is whether the wax set comes with silicone spray in it. While the wax helps the pucks slide, silicone is used to prepare the table’s surface for the wax. Furthermore, wax can be used on the so-called “dead spots” on the table which aren’t covered by sand. Typically, the pucks will stop there unless you’ve used a special silicone spray for shuffleboard. While these are sold separately, some packages come with both spray and wax in them.

If you’re new to shuffleboard and want to learn the ropes, I recommend checking out my beginner’s guide to shuffleboard! Now, let’s answer some common questions related to the topic…

Can you reuse shuffleboard wax?

While you can technically reuse shuffleboard wax, I wouldn’t recommend doing it. There are a few reasons for that. First of all, it isn’t that expensive to require recycling, meaning this won’t save you a ton of money. In fact, it can actually damage your table. Shuffleboard wax is often made out of tiny silicone pieces (or balls) which become jagged after the first few plays. This means that the reused wax, at the very least, won’t have the same properties it did the first time it was used.

How often should you wax your shuffleboard table?

All of this depends on how often you actually use the table. Professional players that train on a regular basis tend to clean and re-wax their tables at least once per week. If you play more casually or just enjoy the game on weekends with friends and family, you can wax it just once per month after you’ve thoroughly cleaned it.

Is “sand” the same as shuffleboard wax?

Yes, these two terms are used interchangeably in the shuffleboard rule. The reason wax is called sand is due to its visual resemblance. Other names also include dust, powder, cheese, sawdust, cheese, and more.

How can you slow down your shuffleboard table?

We apply wax to make the pucks glide easier on top of the table. Contrary to that, you can remove some wax or make the film thinner in order to make the pucks go slower. Similarly, if you add too much wax, the pucks will fail to glide unobstructed but I wouldn’t advise towards that.

Learning how to pick the right shuffleboard wax will be based on three factors that you have to take into account. These are the speed of the wax, your shuffleboard table’s dimensions, and your skill level. If you’re a beginner, I suggest getting a slower wax in a larger volume pack so that you can have spare wax until you learn how to properly distribute it over the table. Additionally, get a bottle of shuffleboard silicone spray to fill in the dead spots on the table.