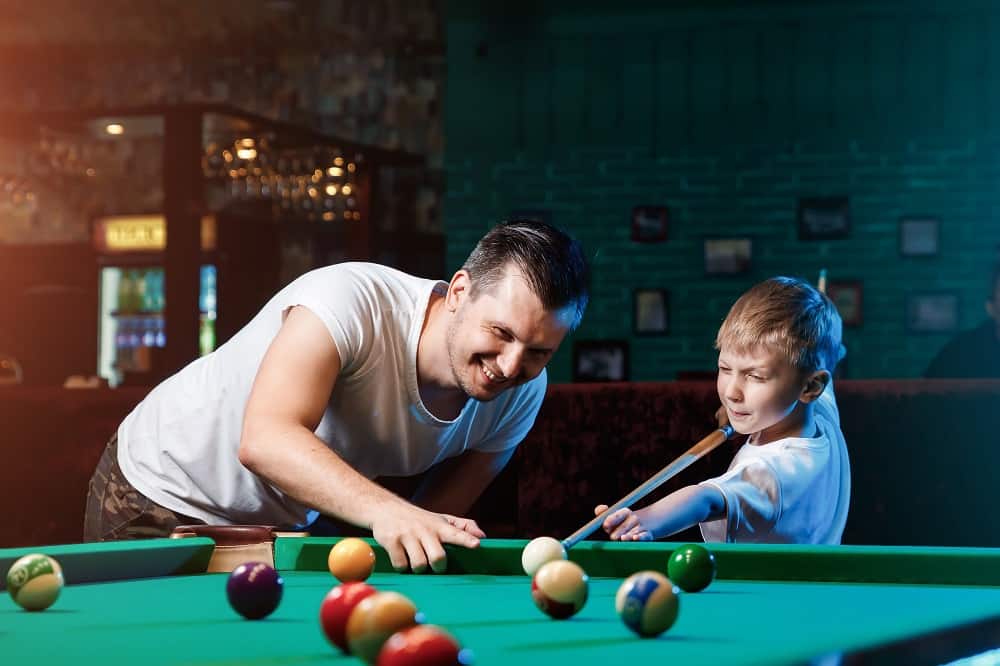 Most new players will hold their pool cue incorrectly. This is a very simple mistake to make and it’s one that won’t be obvious to the newbie. Holding the cue correctly will be crucial since it will help with shot consistency and accuracy. Even the best pool cue for beginners will be completely useless if you don’t know how to hold a pool cue properly for shot accuracy and power.

A poor hand bridge and hand position can easily ruin your ability to make a decent shot.

When it comes to the method used to holding a cue the right way, it can easily be broken down into a couple of parts; hand bridge and grip.

To position the hands correctly, you’ll start by placing the right hand on the butt where you grip. The left hand will go on the table where the hand creates a bridge. If you don’t do this correctly, you can easily mess up a shot. You may even find yourself missing simple shots that you were able to make dozens of times before.

If you’re right-handed, then you’ll need to place your right hand on the bottom portion of the cue called the butt.

Since this is an energy-focused game, you’ll need to exert the right amount of energy in order to achieve the desired results. This means you can use a grip that’s extremely hard since you can lose the finesse aspect of shooting. Using a loose grip is the best choice. You’ll want to have just enough of a grip on the fingers so that you can smoothly swing the cue back and forth.

Using a loose grip allows the stick to naturally travel, without it swerving in different directions.

Many beginners often state that the hand bridge is one of the most difficult things to learn when they first start learning to play the game. While there are many variations of the bridge, the two main ones are called closed bridges or open bridges. 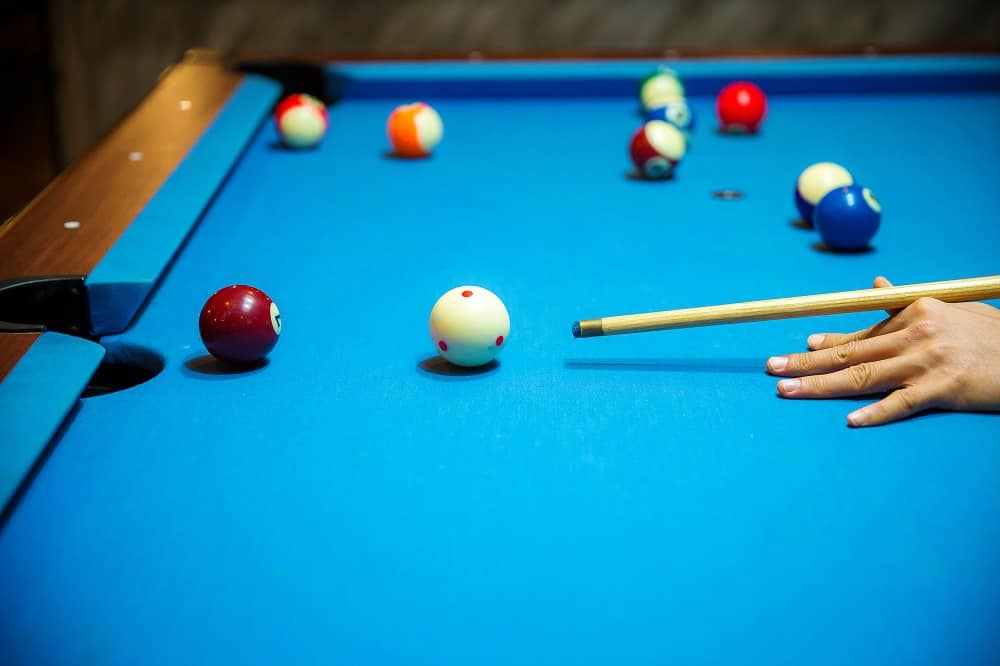 The bridge consists of using your less dominant hand and placing it on the table pushing the fingers together and pressing the thumb up into the middle or index fingers in order to create a V shape. This is where you’ll place the cue. The bridge should be stable, so it’s not easily moved. This ensures the cue has a solid foundation to slide on.

If you fail to master the correct bridge shape, then it will be difficult to advance as a player. A player that uses a bad bridge is more likely to experience inconsistent hits. Using a reliable bridge is one of the pool playing fundamentals that you’ll want to get down.

The way you hold your stick, and whether or not you hold it correctly, in addition to how you grip the cue and form the hand bridge, are all directly related to a player’s stroke.

For some of the best pool tables on the market currently, visit my full Buyer’s Guide!

Above, I went over the standard bridge technique used, which is also referred to as the open bridge. Below, you’ll find a variety of bridge techniques you can try. These variations can give you more control over your shots, although these techniques will work for everyone, so go with the method that feels the most comfortable to you.

With closer shots, such as when the ball is only an inch or two away from the rail, you’ll need to use a different technique. Because the ball is so close the standard rail bridge won’t work here. In order to maximize accuracy, use the technique below.

Begin by putting your palm on the rail’s edge. For additional support, spread your fingers on the playing surface. The index finger should be placed over the rail, with the cue tip end on the thumb, which will help to guide the shot. Like the traditional rail shot technique, this position will help to stabilize the shot.

You may find it difficult to lean over the playing surface to create a bridge that’s more stable when the cue ball is far out in the middle of the table. With this type of scenario, using a mechanical bridge will be a better option. This will provide much needed stability for your shot. For this type of bridge there will be an indentation where you position the stick. Make sure you use your middle finger and index finger to hold the cue’s butt cap, then take your shot.

Once you’re able to correctly hold the pool stick using a stable bridge, it’s time to work on perfecting the stroke. The stroke a player uses will have the most impact on their performance. This is because the stroke will affect many things including applied spin and English, and shot-making.

A bad stroke will disrupt a good stroke’s natural swing, messing up a shot. If you accidentally apply spin/English, miss the shot, or hit the ball too hard, then your shot is essentially ruined.

The pendulum stroke is the ideal stroke that most beginners want. This stroke involves not moving your upper arm during the stroke and using only the forearm. The elbow works as a hinge as the player moves into the stroke gradually. The back arm and forearm should form a ninety-degree angle. The upper chest and shoulder shouldn’t move at all. The rest of the stroke lies in the tip of the cue since the backhand position should be going down naturally.

Following through with a shot will be very important factor. This aspect is difficult for beginners to grasp since it’s natural to want to slow down when impacting an object. The goal is shooting through the ball. The stroke that’s used will either allow or limit how far the player can go in this game. It’s a major core of a player’s skill that they need to master in order to continue to grow as a player. A great stroke is referred to as a pendulum stroke since the player allows their elbow to act as a hinge and the forearm as a pendulum. It’s important for a player to make time to practice their strokes and ensure their grip isn’t too tight and that the tip of the cue is getting as close to the ball as possible.

As you can see, mastering how the cue is held is one of the fundamentals of playing pool and it’s something a player must have down in order to improve. Holding a cue the right way is broken down into two main parts, but there’s much more to it. The stroke and follow-through are also important pieces that must be focused on as well. Mess up one part of the stroke and it will cause a chain reaction, causing issues in other areas. Practicing with your new pool cue and working on your stroke, grip, and bridge will take time, but you’ll get there. Once you have these mechanics down, you’ll see a major improvement in your performance and your ability to take and make more difficult shots.

If you want to learn how to level your pool table, click here!

Now that you know how to hold a pool cue, you can experiment using different stroke and bridge techniques, choosing one based on shot type and difficulty, and a grip and playing method that feels solid and comfortable to you. Keep in mind, you’ll need to dedicate some time each day to practicing these techniques, but over time, holding a cue and taking a shot will feel like second nature.