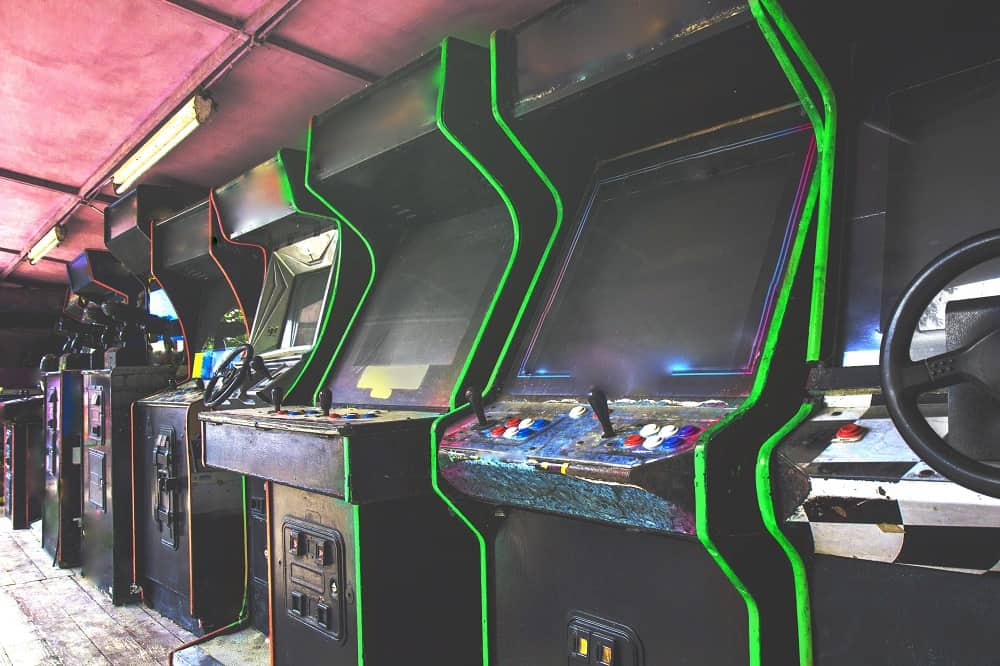 Today’s gaming industry is nothing like what it was just 40 years ago. During the 1980s, it was common to see kids, teens, and adults parked beside an arcade cabinet for the better part of an afternoon, enjoying an intense video game that was only 25 cents to play. Over the years, arcades began to disappear, thanks mainly to the introduction of home gaming consoles, which allowed gamers to play their favorite games for as long as they wanted, whenever they wanted. Avid gamers and collectors still have love for standard-size and mini arcade games, which has recently caused a boom in the arcade game production market. Yet, today’s video games and the industry itself is very different compared to the arcade game’s golden age in which you were hard-pressed to find an arcade empty during the weekend. However, these days, many people favor staying home to play a video game, instead of spending an entire afternoon feeding a machine quarter after quarter in an attempt to beat a game and/or achieve a higher score.

Where it All Started

The complex history of arcade gaming stems all the way back to 1909 when Johnathan Dickinson Este, a young inventor, created the first arcade game in history, the Skee Ball machine. Skee Ball still remains a popular game and it involves rolling a ball down a narrow lane with the objective of getting a ball into one of the many holes located at the very end of the lane. The game’s difficulty stems from the lanes upward incline and the precision needed to land one of the balls into the hole for points. The game awarded players with tickets based on their performance per match and was a huge success all over the country. This game was a mainstay of arcade gaming even after 1931 when Baffle Ball was introduced. This game was a predecessor of modern pinball machines, and it was entirely mechanical and had no use for electricity. It was also the first coin operated game in existence and is considered not only just the predecessor of pinball machines but the predecessor of all other arcade machines in the world.

Pinball has been around for significantly longer than Baffle Ball and was considered a game of chance. The first primitive machine dated back to the early 1700s when the spring launcher was invented. However, it wasn’t until 1913 when the first machine incorporated the coin operated system that is commonly found on modern arcade games.

In 1971, Galaxy Game was the first coin operated video game invented and sold on the market. This game consisted of a multiplayer space battle where a couple of opponents were pitted against each other in an attempt to blow themselves up using a ship’s swift maneuvers and torpedoes.

While the game was very simple, it was also effective. The backdrop of the screen consisted of stars and a black screen with monochrome ships. In the center of the screen was a large star, which exerted a gravitational pull on the ships which made the game even more challenging. A player would control their ship’s movements using a joystick, as they fired their weapons and performed other actions using several of the buttons found on the game’s panel. The name of the game was to destroy the opponent’s ship, while keeping a close eye on your fuel and torpedoes.

For the industry, this was a groundbreaking, considering it was the first arcade game that included a visual display on a computer screen. The following year Atari launched a game known as Pong.

Pong is considered one of the best arcade games of all time. This highly regarded game is also considered one of the most important in history and it’s often mistakenly referred to as the first. While Pong was the first successful arcade game, it was the second release of its kind. However, many claim that Pong singly-handedly spawned the arcade gaming industry. Over the years, there were several companies that tried to produce games that could replicate the success of Pong, but no games were able to outshine the original.

From 1972-1984, over fifteen companies would produce video games. During this time, games such as Moto-Cross, Gun Fight, Speed Race, Basketball, and Astro Race would be created by companies such as Exidy, Sega, Midway, and Taito.

The arrival of Pong in the arcade gaming industry helped to elevate the industry into a golden age. This was a time when arcade games attained unrivalled popularity, reaching its apex in both the amount of machines produced and sold and in innovation.

The release of Space Invaders in 1978 was what launched the golden age. The ending of the golden age took place somewhere around 1985 once Nintendo and Sega released their gaming consoles. After the introduction of these gaming consoles, arcade games began to lose their popularity and were soon replaced by the gaming consoles that allowed you to play in the comfort of your own home at no additional cost. At that time, purchasing gaming cartridges for these consoles was very expensive, however, it offered unlimited gameplay which made the investment well worth the higher price tag.

The Second Wind of Arcade Gaming

The arcade gaming industry found success again in 1991 with the release of Street Fighter 2. This popular machine was enough to revive an entire industry, switching its focus from platformers and space simulators to fighting games. However, despite the immense popularity of Street Fighter 2 and other fighting games during this time, it only took the industry so far and by the late 1990s the arcade gaming scene had slowed down once again.

By 1999, the first Dance Dance Revolution machine was released and was not an immediate success. However, the machines ended up selling like crazy earning over 6.5 million in sales by the year 2003 and opening up the industry for rhythm games.

After the release of the first Dance Dance Revolution the arcade industry garnered a steady following. The new arcade cabinet began adapting to home console standards in both gameplay quality and graphics. Everyone from kids to young adults and even the elderly could enjoy a round on one of the many games available. As time went on, more companies started producing their own machines, some of which included bigger and better elements in the standard gameplay formula. For example, Nintendo, still a major player in the game, decided to add cameras to their Mario Kart arcade machines that would take pictures of the players and use them during a match. 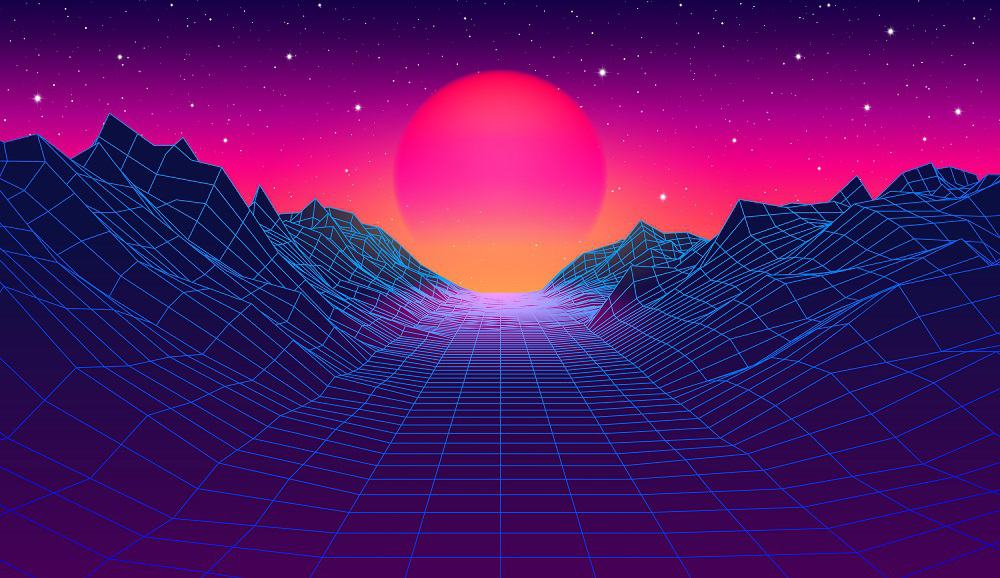 Just like with home gaming consoles, arcade games have reached a point where standard gameplay formulas just work, so no amount of hardware improvements and graphical improvements can keep the attention of the masses long enough for companies to earn a profit. While there are definitely still many die-hard arcade games fans out there that would prefer to keep their old-school Donkey Kong, Pac-Man, and Pong games, the newer generation is somewhat put off by ancient graphics.

Because of this, developers are constantly trying to change the way games are played or add more gameplay elements to mix things up and provide more variety to the massive library of arcade games.

In 2013, Dark Escape, a 4D arcade game, hit the industry. This is a horror shooting game that incorporated blasts of air, vibrations, heart rate monitors, 3D images, and surround sound. These elements were added to provide players with a more immersive gaming experience. The goal of this new design was to occupy most of the senses during a game so the player could feel like he or she was truly in the game, which could lead to both terrifying and gratifying experiences for the player.

As virtual reality technology continues to advance, it’s believed that new arcade games will begin incorporating this technology into their games. However, due to its limited accessibility and high price tag, this may still be several years in the future. Regardless, it’s obvious that the arcade gaming experience will continue to evolve, making its future bright.

The older generation still enjoys playing on those large classic arcade cabinets found in arcades decades ago. These cabinets can still be found in some modern arcades, or a true fan can find them for sale online. The current generation of gamers tend to look toward new gaming technology, instead of relying on nostalgia to drive their love of gameplay.

The complex history of arcade gaming has made the video game industry what it is today. While we can expect bigger and better things for arcade games in the future, gaming consoles still dominate the market and offer a more convenient and affordable way to play the games we love. However, die-hard fans are still awaiting the next big thing in the arcade gaming industry, whether it’s a higher level of immersion using virtual reality technology, or another boom in bringing back the classic gameplay experience.