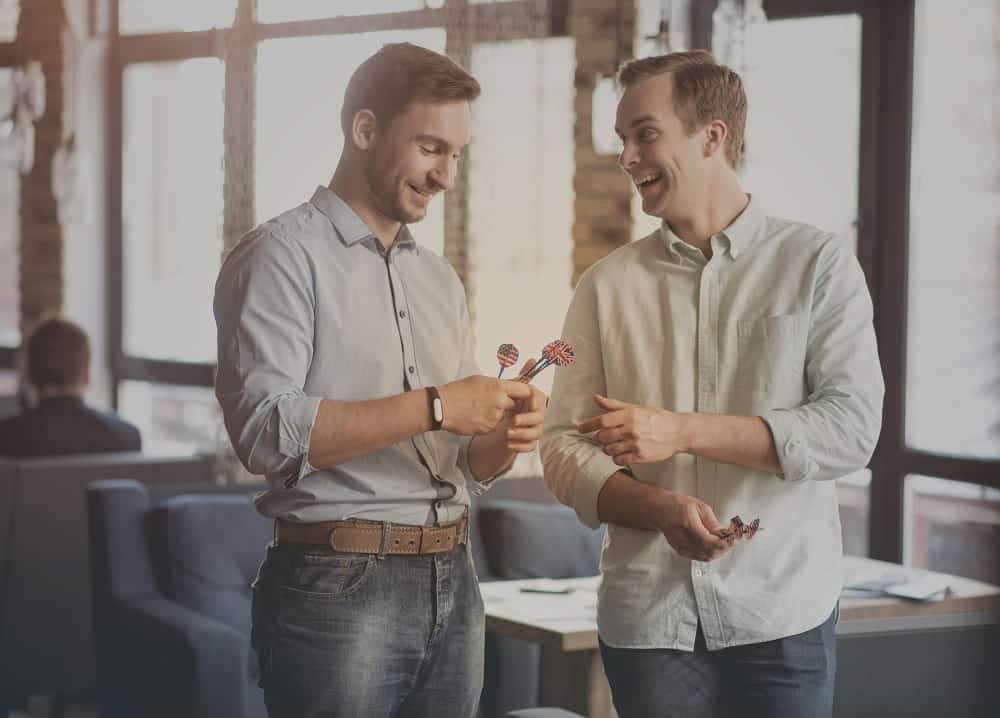 Darts has been around as a sport for quite some time. In fact, it is one of the older sports which is why its history is rich. And with rich history and great amounts of popularity comes a high number of terms that are developed alongside the game. And while they usually vary a bit from country to country, there still is certain darts slang that is universal, and knowing it will allow you to understand the game and its players better!

In this article, I will walk you through some of the most famous phrases and terms in darts. Further down we will take an even more in-depth look at them in the massive A-Z glossary I’ve compiled for you.

Before we check out some of the most commonly used terms in darts, make sure you see my guide on the best dartboards for this year. You will find my favorite models there as well as tons of useful information on how to find yourself a proper dartboard!

There are around 15 common terms that are used constantly during a game of darts. Knowing these will set the foundations for your next steps into the professional world. These terms are:

If you’re also interested in all the rules around the game of darts, click here! Now, let’s take a look at the full glossary of all the terms listed in an a-to-z manner…

What are 3 triple 20s called in darts?

Hitting 3 triple 20s in darts is called Ton 80, while simply “Ton” is hitting a score of 100 or more within the same round.

How do you call 3 double bullseyes in darts?

When you hit 3 double bullseyes in a single round that is called doing a black eye or a black hat. The double bull is called a black dog.

Why is 26 called “bed and breakfast” in darts?

The “26” is a British term used to call this score. You have to hit 26 in an 01 game with a single 20 and all the adjacent numbers following (1 and 5). The name comes from the fact that breakfast used to cost 26 pence back in the days, and I mean way back. This is also called half-a-crown or a Murphy.

Knowing the different dart slang for each part of the game is going to be an essential part of your training. Even if you only want to play darts for fun with your friends, knowing the lingo is going to make things so much more interesting. For that reason, you should try learning the main terms which are most widely used and form the foundation of the dart’s lingo. As you get used to them, you will start encountering more and more terms and phrases that will make you sound like a darts pro!