While many argue that darts is a game, not a sport, this tried and true pastime has become a staple in bars and pubs all over the world. Darts is a sport that’s widely played in many parts of the world, and over the decades, the darts rules have changed, turning this game into a more structured and organized sport. This sport is regulated by a couple of governing bodies, the BDO and the PDC, both of which have made this game what it is today.

Goal of the Game

The standard version of darts when played in a competition is referred to as 501. The object of the game is to check out by getting the score down to fifty or less. The game is ended by reaching zero by throwing a bullseye with the final dart.

The game of darts only requires a board and some darts. This low equipment requirement is probably one of the biggest reasons why this game has succeeded all these years. The standard bristle dartboard was first created by a Lancashire carpenter back in 1896. The carpenter created the game with the goal of penalizing throws that were inaccurate by keeping larger numbers apart, bordering them with smaller numbers. While many players have argued over the best type of layout for the board in order to minimize the reward for a throw that’s not accurate, the current design is here to stay.

Traditional boards are made out of sisal fibers that are compressed. However, electronic dartboards are also a really popular choice these days, because it comes with an automatic scoreboard that’s highly accurate.

During the First World War, darts were played using a solid wood, heavy board that was made out of elm.

The standard board for the game measures in at just under seventeen inches. Still, there are certain magnetic dartboards that vary in size quite a lot but these are typically geared towards kids. Each standard board is divided by a total of twenty radial sections. These sections are numbered from one to twenty and contain a thin section around the outer edge, with a small area that’s halfway toward the center. The bullseye is a smaller red circle that’s located at the very center of the board and it’s surrounded by a much larger green outer ring.

Steel-tip darts are made out of a combination of nylon and metal, with plastic for the fletching, shafts, barrels, and points. The makeup and style of the dart tends to vary based on the player’s style. However, darts cannot be longer than three hundred milligrams and weigh no more than fifty grams.

Players will earn points by throwing a dart at the board. Players will throw three darts per turn and have the potential to earn a score of one hundred and eighty. This is achieved by hitting a few treble twenties. The bullseye is worth a total of fifty points, while the outer green ring is worth twenty-five points. The other numbers score their own value unless they’re trebled or doubled.

How to Win the Game 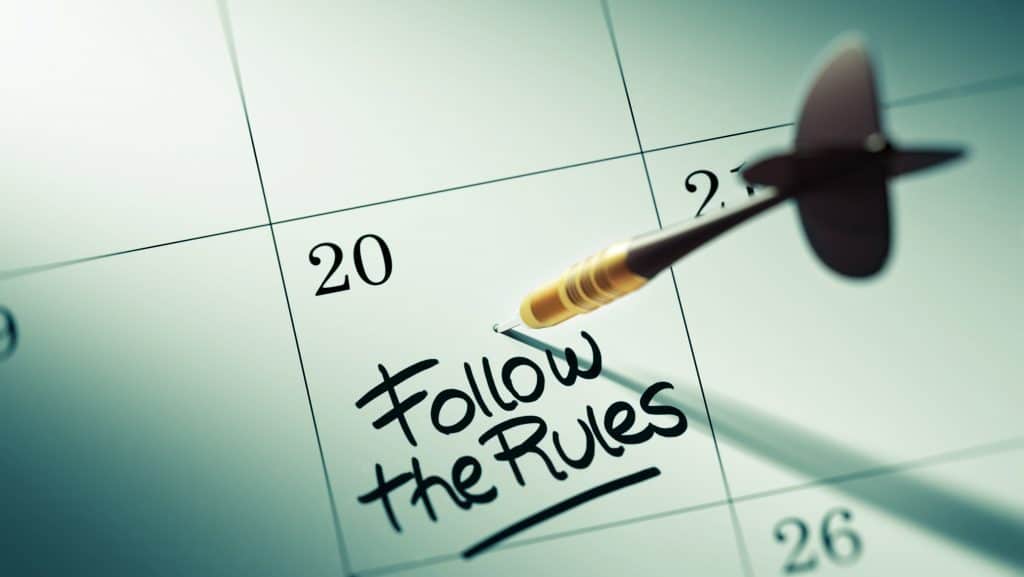 In order to win, players have to reach zero by hitting a bullseye or a double, having gotten their score down from the five-oh-one starting point. Many matches are often played best of and will be defined by an odd set of numbers.

The basic rules are pretty simple. While I have already mentioned some of them, below, I’ll go over some key points.

Below, you’ll find a list of the most commonly played dart games.

This game is basically played the same way as the traditional game, however, players will begin a game with 301. Some games will require a double in order to start scoring and/or to finish the game.

This is a popular game that’s played for fun. With this game, every player will take a turn and throw three darts. Each player is required to throw a dart at each of the segments, beginning from one and going up to twenty, then they’ll finish with the twenty-five and a bullseye. A player will need to start with one and will not be able to proceed to the next number until they’re able to throw a dart at the current target segment. Trebles and doubles are usually ignored for this game. The first player that’s able to hit each of the targets and finishes with a bullseye will be the winner.

There are many games that you can play with darts that are based on other popular games. cricket is one of the most common. With this game, every player will take three shots as usual.

To begin, a player will toss a coin in order to determine who goes first. The first player will begin and throw their darts, attempting to earn as many points as possible, following the 501 system for scoring. When the player scores more than forty points in a single turn, the amount of points above forty will be added to their score. If they don’t score more than forty points, then they get nothing.

For beginners, this game can be made easier in many ways:

Starting the game, an order of play will be decided and each player will throw on dart using their other hand. As an example, if a person is left-handed, they will have to take the shot with their right hand. If the dart hits or misses a number that’s already allocated, then the player must try again. Each player will get a set number of lives and will be required to put a small stake into the pot.

A player will begin by taking turns to aim at their assigned number and sore a life for every dart that hits it and a couple of extra lives for a double, with three lives for a treble. When a player has scored five lives they are deemed the killer until another player takes one or more of their lives. However, a player must earn a total of five lives to become the killer and if that player overshoots, then his score will be deducted by the amount exceeded.

Once a player becomes the killer, their goal will be to aim at any of the player’s numbers. Every time they do, a certain number of lives will be taken from the victim’s score. When a player is reduced to zero lives then they’re out of the game. The last player left in the game is considered the winner and will earn the pot.

Darts rules are put in place by two governing bodies, the PDC and BDO. These rules have given the game the structure and organization it needed in order to be considered a sport.  If you’re planning on competing in a competition, make sure you follow these rules closely and practice with them in mind in order to be fully prepared come competition time. This game began decades ago, but still remains one of the most popular bar and pub games in the country. The bar games and rules that I’ve included here are often found on electronic dartboards and can be a great way to play a fun, unique, and challenging game with family and friends in the comfort of your home.