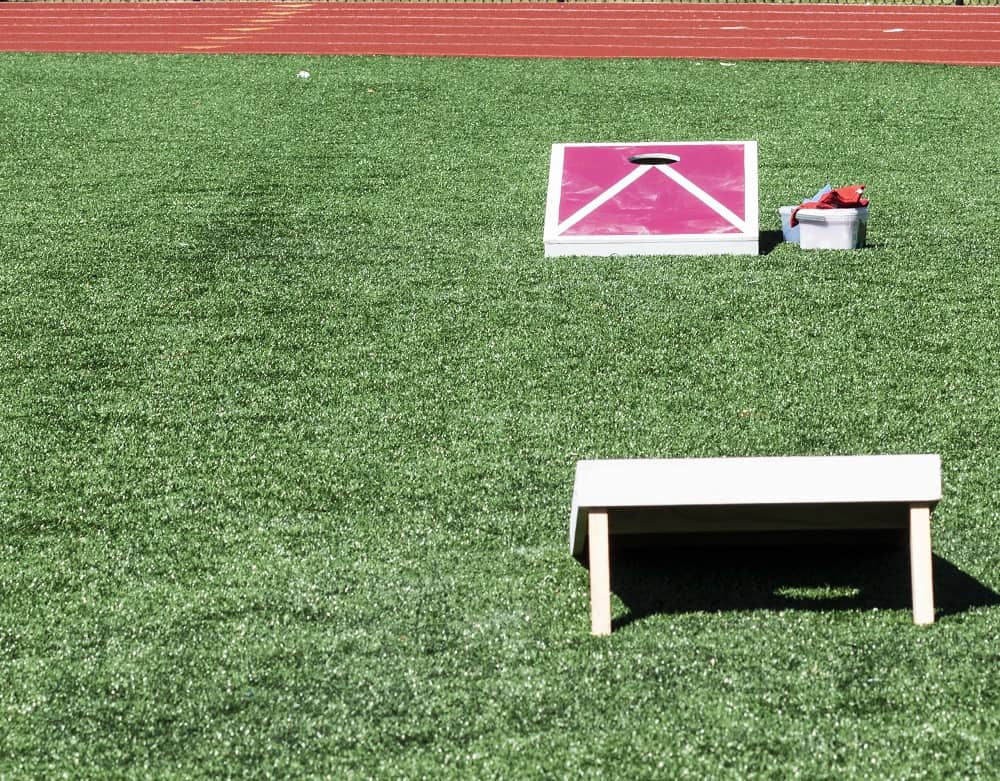 Are you a new cornhole fan? Do you have your own cornhole board set up at home? Did you know that people play this game competitively in cornhole tournaments? Well, they do. If you’re interested in learning about major and local cornhole tournaments, then you’ve come to the right place. In this guide, I’ll go over how these tournaments work and how you can host one of your own tournaments if you can’t find an organized tournament in your neck of the woods.

A professional game is played between two teams of one to two players with each player taking a turn throwing all four cornhole bags with the score added up before another player’s turn.

The American Cornhole Association states that a bag that makes it through the hole is worth a total of three points, with a bag on the board earning one point.

Like most types of professional sports, the American Cornhole Organization awards cash prizes to top players. Winning in a professional tournament may not be as lucrative as other sports, with a first place prize offering a cash amount of $750 with the second player winning $500 and the player that comes in 3rd earning up to $250.

Below, you’ll find a list of tournaments that are hosted by the American Cornhole League.

This year, the American Cornhole League is hosting events for 256 professional players to compete in. These events are open to the public to compete.

Every year, there are a total of 256 pro division spots available in the American Cornhole League. The top fifty pro double teams and the top one hundred pro single players from the previous season will qualify automatically for the upcoming season’s professional division.

How to Create Your Own Cornhole Tournament

If there’s no local cornhole tournament to compete in, you can always create your own! Putting together and planning this type of event can be challenging and costly. However, organizing a cornhole tournament is actually fairly simple to do, if you’re organized. It also allows cornhole fans from all over your area to participate and compete against people who share the same interests. Because cornhole is so popular these days it will actually be much easier to attract and promote local competitions. Another great aspect of creating this type of tournament is that it’s perfect for players of all ages and skill levels. You can have the tournament indoors or outdoors, which makes it more flexible in terms of changes in the weather.

Planning it correctly will be important. You’ll need to determine whether you want to put on a large elaborate tournament or organize a simple, small tournament for fun. Of course, you’ll need the resources and connections to plan a larger event, one that has a major cash prize.

For a fun and happy atmosphere, having music is always a great idea. You can hire A DJ to spin music, or you can play music from your own sound system.

To make the event more family friendly you can also have activities for kids. This can be as simple as renting a bouncy house, hiring someone to do face painting or balloon animals, or you can offer several fun games such as ring toss.

If you want to raise money for your favorite organization or charity, then search for a company sponsor. Many companies with any type of advertising or marketing program are familiar with event marketing. You can even sell booth spaces where a business can come and sell or promote their wares.

A company can also sponsor a hole. When a company sponsors a hole, a sign displaying their business logo can be placed on the field next to the sponsored board.

Once you’ve determined what type of tournament you want to plan then you’ll need to consider how you’ll come up with the cornhole boards and bags for the tournament.

You can request that players bring their own boards, since most players will have a home setup. However, this may not be the most professional approach. You can also contact a local cornhole builder and ask them to sponsor the tournament by providing equipment in exchange for promotion and marketing at the tournament. Many of these companies are always looking for an affordable and simple marketing opportunity, so this can be a great option for them and will allow them to promote their equipment and product line.

When you contact these companies, make sure you sell the benefits of their sponsorship by sharing that they’ll have a free branding and marketing opportunity in front of a large group of cornhole lovers.

Another approach is to purchase or rent the equipment, however, if you don’t have a large budget this can be costly.

Where to Hold the Tournament

The next step is determining where and when you’ll host the tournament. Check out your calendar and choose a date based on your scheduling needs. In terms of where you should hold it, that should be based on the type and size of tournament that you want to host and what the expected weather will be like.

Fortunately, this game can be played pretty much anywhere. For a festive and fun atmosphere, you should hold the tournament outdoors. However, you should also make sure that you have the proper city permits and approval for an outdoor tournament.

Some great ideas for where you can host a tournament include:

You should charge an entry fee that ranges from $20 to $50 per team. You must also make sure that the fees that you have collected are enough to pay the winning prizes with enough money left over for your charity of choice. Typically, the entry fees are split 50/50 for the charity and prizes.

You’ll need to determine if you want to pay a prize for the top three players, or have a winner takes all cash prize.

How successful your tournament will be is going to depend on how well you market it and how many players sign up. When you’re promoting the tournament, be sure you communicate the winning prizes, type of tournament, and the charity that will benefit from enrolling. You can use social media to create a marketing campaign for your event, in addition to word of mouth. You can also promote your tournament on your company’s website. If you don’t have a blog or your company doesn’t have a website, you can easily create one for free online.

Have Friends Lend a Helping Hand

For the serious cornhole player who wants to participate in a competition, creating one yourself can be very exciting, but it can also be very overwhelming. Having help will be essential. You’ll need someone to manage equipment, food and drinks, activities, and advertising. You also need to be very well organized in terms of entry fees and administering the cash prizes, in addition to handing over the donation to your charity of choice. This is a big job. With friends to help you throw and organize your own cornhole tournament, if it’s successful you’ll find yourself putting one together annually.

nues to gain in popularity, hopefully more local tournaments will pop up in the future. As of today, the biggest cornhole organization, the American Cornhole League, hosts the majority of top competitions for the best players from all over the country to compete in. If you’re a big fan of the game, it’s totally possible to organize your own competition and meet local players who want to compete. Just keep in mind, this is a big job, so you’ll need to recruit as many friends and family to help as possible, to make it a big success.