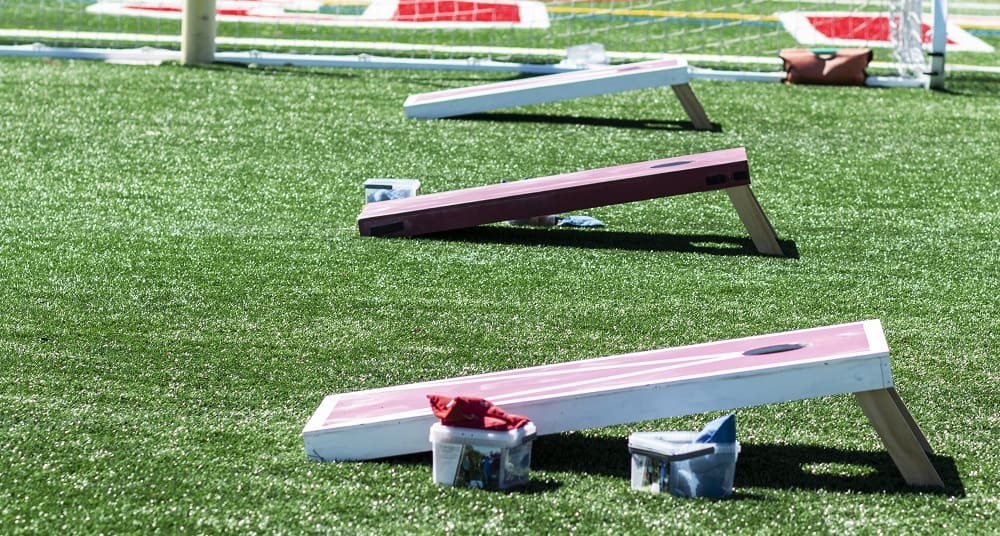 Cornhole is a fun game that’s age appropriate for every member of the family. Like most family-style games, the cornhole rules are very simple to follow and easy to remember. The rules of the game are set by the American Cornhole League. Of course, many families tweak the rules a little to make the game their own. Here, I’ll include all of the official rules of the game, how it’s played, and how to win.

The rules of cornhole are simple to follow, while the game itself is easy to set up. Cornhole is one of those games that families love to play and make their own. You may find that the rules of the game are slightly different, depending on who you ask. This guide will include the rules of the American Cornhole League.

Whether you want to learn more about the game so you can finally win an inning with the family, or you want to train and enter a cornhole competition, learning the rules of the game is important and can give you an advantage during an inning, especially if you’re playing with other beginners. If you’re training for a competition, I recommend following the set rules of the game at all times, even when you’re playing for fun with the family, so you’ll feel prepared on the day of the tournament.

Fortunately, the equipment you need to play this game is affordable, so it won’t cost you hundreds of dollars to create a cornhole setup in your basement or backyard.

The most important part of the setup is the cornhole boards. There are two boards in a game, with two to four players per inning. You’ll also need a total of eight cornhole bags.

The boards should be placed on a flat surface, in a wide-open area. One board should face the opposite end of the area, which is where you’ll place the second board.

Before you position the boards, take out a tape measure. You’ll need to measure out twenty-seven feet beginning at the end of the first board. The second board should be placed at the bottom edge.

Learning how to play cornhole is pretty simple, but you’ll need to practice your throws and the types of tosses to use to master the game.

This game is broken down into innings or turns. For each turn, a player can throw four bags at the board opposite of them. The game can be played in singles or doubles.

One player from each team will stand at the opposite cornhole board. The players at the same board alternate throwing one bag at the opposite board until all four bags have been thrown.

How Cornhole is Scored

The goal of the game is to place a bag through the center hole of the board with every throw. This goal is very difficult to achieve. Canceling out the other player’s throw is the best method to scoring in this game. To do, if a player on the opposite team throws a bag that lands on the board, you’ll need to try to land the same throw. This allows you to cancel out the point that they earned with their throw. Basically, any points that are scored by your opponent during a turn will cancel out the points you earn. So, if you made one cornhole and your other throw just landed on the board you’ll have four points, but if your opponent ends up throwing two cornholes, their score will be six points and your score will be zero. Only one team will end up with any points at the end.

You’ll earn one point if the cornhole bag lands on the board. This is referred to as a woody. Keep in mind, the point will not count if the bag touched the ground at any time.

A foul bag is a bag that’s not thrown in compliance with the rules of the game. It will be scored as a bag out of the count and must be removed from the match. Any corn bags that are already on the court that have been knocked out by a foul should return to the scoring area. Any bags that are in count but have been knocked into a hole by a foul bag should be placed back in their original scoring position.

In a professional tournament, you can score past twenty-one, but most games that are played at home will penalize you if you score over twenty-one. Tournaments do not follow this rule because it can significantly slow down the length of a match. The innings will go back and forth between the players until one of the teams has earned twenty-one points.

The pitcher’s box is four feet, by three feet, with one placed at each end of the designated cornhole area.

When pitching the bag, each player will remain in the box.

There should be a couple sets of foul lines for junior play and open adult play.

For adult play, the foul lines consist of a line that’s thirty feet from the start of the hole in the opposite platform.

For junior play, the line is placed twenty-one feet from the beginning of the hole in the opposite platform.

Matches are broken down into innings. During an inning, each player must throw all four bags.

Cornhole is a game that’s fun to play both during the day and the night. While there are no rules that require special lighting, for innings at night, if you don’t have a well-lit court, you should use cornhole lights. These lights are wrapped around the perimeter of the board, and the cornhole, so you’ll be able to easily see the centers of each board. These lights are usually available in bright colors including blue, green, yellow, red, and white. For most players, the addition of lights adds another element of fun to the game, plus it brightly lights up a court, so you can easily see where your bags have landed.

This game may seem easy, but actually making a cornhole can be very challenging. Fortunately, learning about cornhole rules is pretty simple. Of course, like most families, you can tweak how the game is played or how points are earned. The rules I have included here are appropriate for both home and tournament play. So, if you’re training for an upcoming tournament, you can follow this guide on the rules as you train and learn how to toss like a pro.